Backgrounder: “In an ongoing effort to put all of my song lyrics, poetry and prose in one place, get discovered and make a million dollars (the price of a decent cup of coffee works for me as well) I dragged ‘backpack canoe’ out of the closet. If it was in three parts I’d call it a trilogy from North Tea Lake, Algonquin Park, northern Ontario, circa 1993. The group I travelled and camped with are friends to this day.” gaharrison 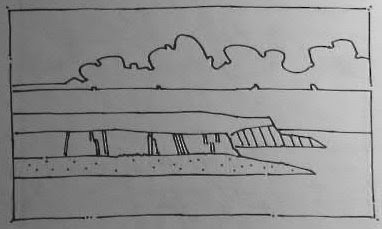