This Book is a Canadian Treasure 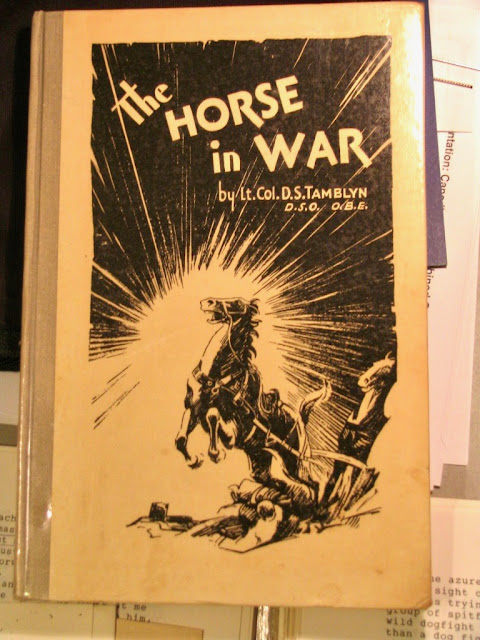 My wife is in possession of a book written by her grandfather (on her father's side), a Lieutenant Colonel, A.D.V.S. (Veterinarian Surgeon) in the Canadian Armed Forces. It was written after the conclusion of World War I and details the various, significant roles of thousands upon thousands of horses, their care and management and much more.

In the Foreword we read the following:

The horse could neither speak for himself nor help himself, patient and ready to do his work in the misery of rain and slime, and under the sudden pain of wounds looked to the man for everything, and the man, as well as he could, provided the need...

Well indeed did the horse repay any care that was expended upon him. Hauling transport waggons far beyond the point which mechanical transport could reach and over roads they could not travel, dragging guns on long cross country routes, carrying troopers to a fight and messengers to a signal station, he played a splendid and an essential role in every operation of war. (by A.W. Currie) 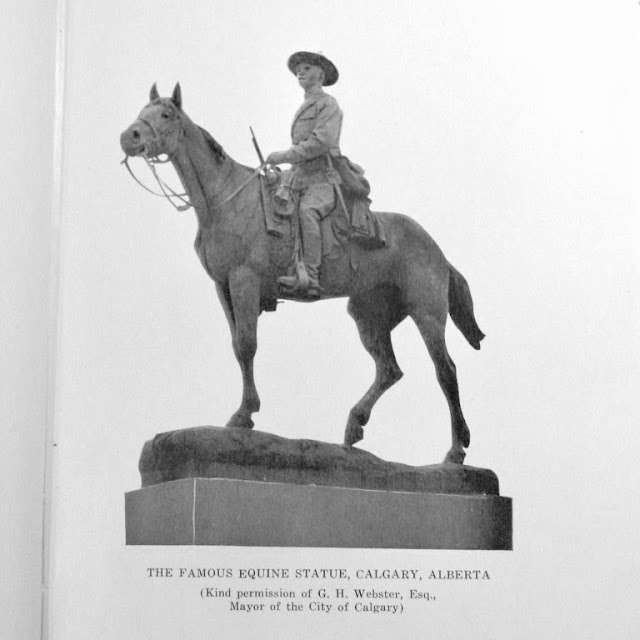 Many fine photos found in THE HORSE IN WAR

The book is very rare and I have seen only two other copies, one at The Canadian War Museum in Ottawa and another in the London Public Library. The original copies had vibrant colours in the art work on the front cover so I will assume that my wife's copy - with black and white cover - is a very good reprint from the original.

I have learned that the book was published in 1945 by The Jackson Press in Kingston Ontario and can be obtained via printing on demand services associated with Amazon, its Classic Books series. That being said, the print work is so shoddy - the photographs, once so clear, are shite - I believe I could do better.

So, one future project I will make every effort to complete is the reprinting of the book with good attention paid to reproducing excellent quality photos from the reprint to which I have access. 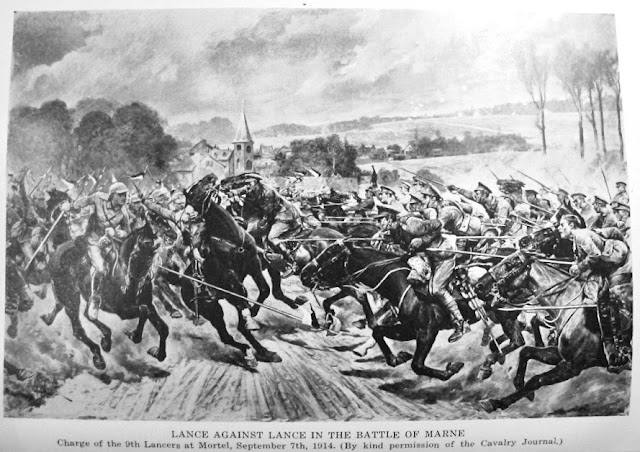 Quick photo of mine from THE HORSE IN WAR; one would barely
recognize the scene in the Amazon reprint.

More about the author of THE HORSE IN WAR as found in "The Canadian Who's Who" circa 1945: 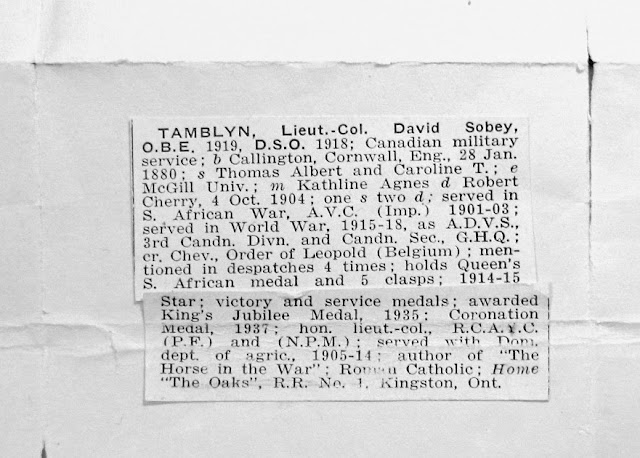 The Lt. Colonel's wife, Kathline Agnes was the daughter of
Robert Cherry. Any relation to Don Cherry, from Kingston?